Eddy County is located in Southeastern New Mexico. Around 25,000 BC, the people living in the area of Eddy County were relatives of “Sandia Man.”  Nomadic hunters wondered the area, hunting buffalo and other game, over the next several thousand years.

In 1909, oil was discovered in Eddy County near Artesia.  Another big oil strike happened in 1923 in Artesia and SE New Mexico.  In 1902, Jim White discovered “bat caves” now known as Carlsbad Caverns National Park.  In 1925, geologist Dr. VH McNutt discovered potash near Carlsbad that ushered in a “potash boom.”  In 1979, Congress authorized the US Department of Energy Waste Isolation Pilot Plant, located 26 miles southeast of Carlsbad.  This facility houses transuranic radioactive wastes in containers deep in salt beds, isolated from humans and the environment.

Over the years since, Eddy County has continued to grow and flourish.  We are currently experiencing an “Oil and Gas boom” with several energy companies expanding into the southern part of the county.  In 2018, the US Geological Survey announced that the Delaware Basin (includes southern Eddy County), which is part of the larger Permian Basin in Texas and New Mexico, was the largest continuous oil and gas resource potential ever assessed in the country.  Water usage readings in October 2018, show that our population is firmly between 74,000 and 76,000 in southern Eddy County. Southern Eddy County is predicted to increase its population to 100,000 within the next few years.  The oil and gas expansion is estimated to last for the next 25-30 years. 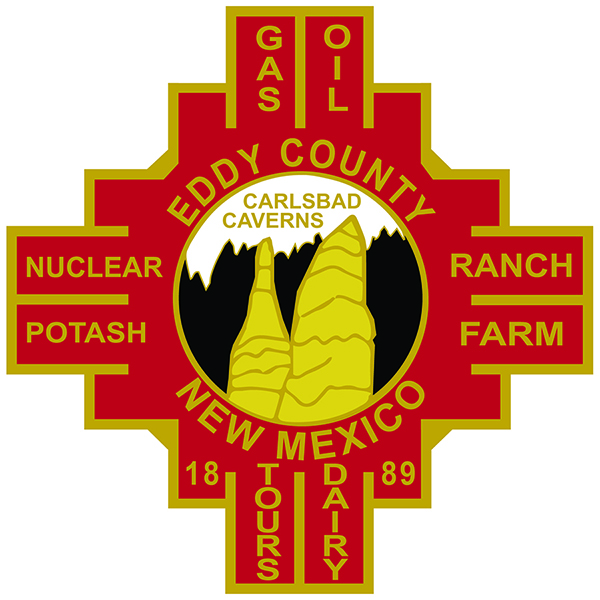