Santa Fe County is a scenic area in the northeaster portion of Sangre de Cristo range of the Southern Rocky Mountains, featuring Santa Fe Baldy, the highest point at 12,621 feet, and Lake Peak, more than 12,000 in elevation.

At the mountain’s southern end is Glorieta Mesa, an area of hilly, grassy plains in the Basin and Range Province. The Rio Grande, which passes through the county’s far northwest, and several small, tributary streams are the principal bodies of water. Santa Fe National Forest, Pecos Wilderness, Hyde Memorial, and Santa Fe River state parks, and the San Ildefonso, Nambe, Pojoaque, Tesuque, and Santo Domingo Pueblo Indian reservations are all located in the county.

The development of Santa Fe as the capital of Spain’s vast New Mexico territory dominated the area’s history. The county was established by Mexico in 1844, and in 1852 it was reestablished as one of the first counties in New Mexico Territory. The Battle of Glorieta Pass was fought in the Santa Fe County.

Government bodies are the county’s principal employers, and tourism is a leading economic factor along with the booming film industry. The city of Santa Fe is the county seat and the state capital. The population in the county is approximately 148,651 making it the third most populous county. The county covers a total area of 1,911 square miles. 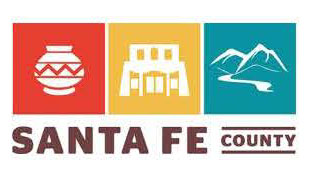